Register Your Business or Login

The best place in London to enjoy a sumptuous afternoon tea has been named as The Goring, which has scooped The Tea Guild's prestigious award for the capital for "Top London Afternoon Tea 2013". This Tea Guild event, now in its 28th year, is considered the “Oscars” of the tea world, with world-famous London hotels and tearooms competing for the highly coveted honour.

In addition, the UK Tea Council presented 21 special Awards of Excellence to the following London hotels:

Butler’s at The Chesterfield Hotel
Mayfair

Promenade at The Dorchester
Mayfair

Palm Court at The Langham
Fitzrovia

The Montague on The Gardens
Mayfair

The event is now in its 27th year and each year the judges’ task of deciding the awards becomes more challenging. In London more and more people are enjoying the special experience of afternoon tea. Clientele include local business people, families, groups of friends and romantic couples. 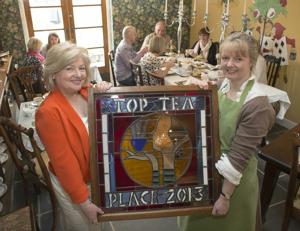 Davenports Tea Room was voted Top Tea Place for 2013. This is recognised as the Oscar of the tea world and is an annual award presented in spring by The Tea Guild to the tea venue (Tea Room or Hotel) outside London, that scored the highest marks allocated by The Tea Guild’s “secret” tea Inspectors.

Tea Guild Inspectors, who are all experts in tea and how to brew and serve it, anonymously visit each Tea Guild member, usually, at least twice during the competition judging period (from end July to end October) and check out that our very strict criteria is being maintained in the 16 categories that are judged.

These 16 categories include; hygiene and cleanliness, décor, staff attitude, efficiency of service, and include 8 tea service categories such as tea appearance, flavour and knowledge of tea. 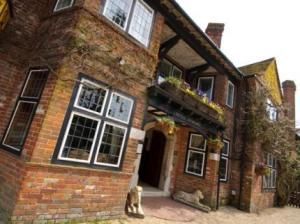 The Montagu Arms Hotel was voted the top spot for the Top City and Country Hotel Tea Award for 2013. This Award, considered to be highest accolade that City and Country Hotels can achieve in the Tea world, is also be presented in the spring of each year and the same strict criteria that The Tea Guild always insists also applies to this category.

Our "incognito" Inspectors continue to secretly visit each member venue to ensure that the highest of standards are being achieved and maintained and then report back to us about their assessment and, for example, what improvements could be undertaken in order to enhance what they offer their guests. Each Tea Guild member, in every category of membership, receives a confidential assessment report annually.

About The Tea Guild

The Tea Guild is a prestigious and unique organisation that represents and encourages those outlets who are dedicated to both brewing and serving tea to the high standards desired by the United Kingdom Tea Council.

The United Kingdom Tea Council founded The Tea Guild in 1985, after we commissioned an independent survey which discovered that, out of the thousands of outlets serving tea, very few were, in fact, achieving these high standards. The Tea Guild was thus created to recognise and promote those establishments, both large and small, in city, town or village, who were doing so and thereby increase the business of its members through the implementation of a public relations programme and affiliation to the United Kingdom Tea Council and its high profile, wide resources and reputation.